y romance with Sri Lanka started in 1997 when I visited the Island with my husband to celebrate our Wedding Anniversary. On Boxing Day 2004, we watched the destruction caused by the tsunami and felt devastated by lose of life, homes, livelihoods and future dreams. I volunteered for a large charity to process donations. Sadly on returning to Sri Lanka in 2007 it was evident that much of the money had not reached the people it was intended for and so started my desire to reach out to some of those people so brutally and unfairly affected.

Initially I became involved with raising funds for a project called Educate a Child Trust in Kalutara, helping to cover costs for basic education, school uniforms and building community homes for displaced families.

I went on to help support a project in Colombo called ‘Shilpa Children’s Trust’ to add something extra to the programme ... new mattresses, books, trips out, dance events, sports activities etc

With the help of a dear friend Udaya, I am proud to say, our family, friends and work colleagues went on to help us complete the building of 3 homes for Hetti, Shimaylee and Sampath (who is now our Spread some Sunshine Project Manager.)

Sampath, his wife Dilhani (plus 2 sons, Chethana and Rasal) had difficulties in creating an income as tourism was destroyed, so we assisted the family to establish their own company Davis Home Designs (DhD) by providing sewing machines and an industrial weaving loom, producing handloom and jute bags, clothing and soft toys to sell at local markets and exhibitions.

On taking early retirement and settling in Spain I decided with the help of my husband Steve to start a fund raising project and in 2017 we raised funds for the Wijesinghe Girls Home (WGO).
At the beginning of January 2018 we decided to broaden our projects and Spread some Sunshine was conceived.

Based in Javea on the 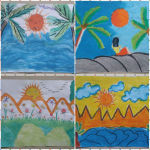 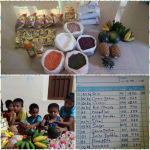 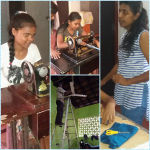 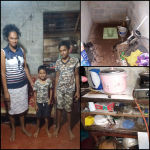 Please head down to our sponsors VillaMia on the Arenal.
Click for directions.

© Copyright 2020 - Lovingly Made by SimpleSites.es on the Costa Blanca